Ryan began working at the YE Scotland Academy at Rouken Glen in October 2013 as a Project Assistant. Over the last six months, Ryan has been involved in a number of projects with the YE Scotland Academy staff including the Radio City Gardens project at St Luke's High School. While there, Ryan and the other apprentices worked with some of the pupils to show them how to work as a team and what they can achieve after school. Ryan and one of the other apprentices, Mark, made base planters together and Ryan sees this as one of the highlights of his time at the Academy. 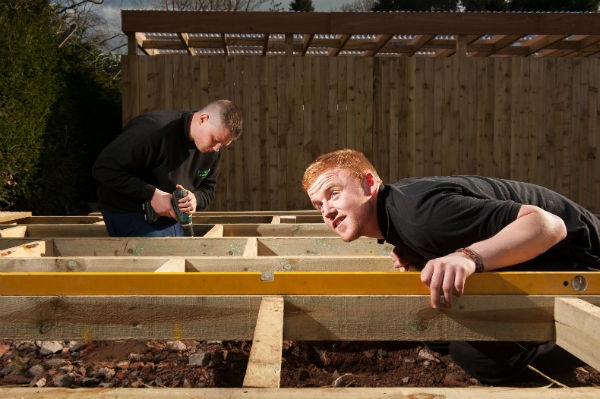 We worked well as a team together and completed the job ourselves, so if I ever go past it I'll know Mark and I made that.

Before Ryan started at the YE Scotland Academy, he wasn't sure what he wanted to do and, "was just staying in my bed till 1." Since starting work, Ryan has learned a lot.

I've learned how to communicate with adults, work in a team and my confidence has grown. I wouldn't have got this opportunity if it wasn't for James and the YE Scotland Academy; I've finally got the chance to work.

Ryan has really enjoyed working at the Academy and being involved in such a variety of different things. Through this work, Ryan has discovered he enjoys working in horticulture and hopes to pursue this further in the future.