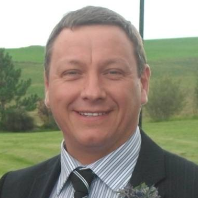 Kenny is the Head of Planning & Design in SP Energy Networks, part of the Iberdrola Group. His career, spanning 36 years, began as a Craft Apprentice with SSEB. He then worked his way up through the business and following a brief time in Human Resources and CORE, Scottish Powers' Multi Utility Business, is now part of the Management Team.

Kenny became involved with Young Enterprise Scotland in 2002 after being invited to the Local Area Finals in Dumfries. He was so impressed with the skills and confidence the Company Programme gave to the secondary students and what could be achieved in such a short time period. From there, Kenny joined the Dumfries and Galloway Local Area Board and took over as Chair in 2008.