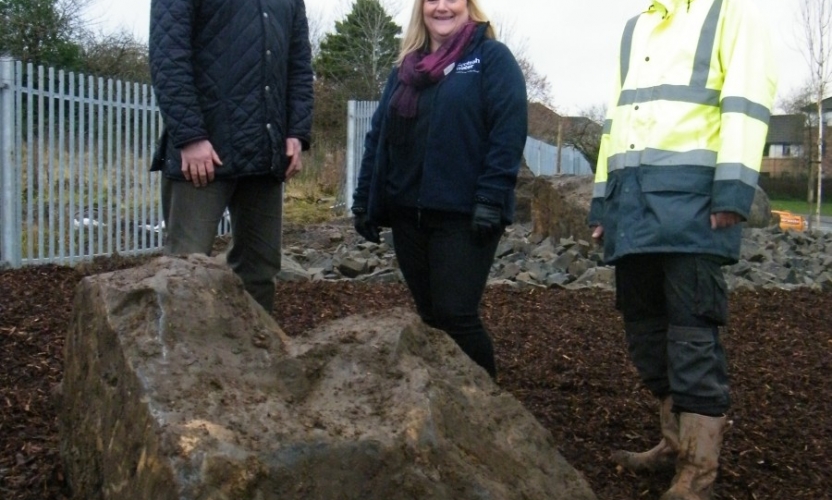 Our YES Works team are proud to show off their latest landscaping project in Barrhead, with help from Scottish Water and Caledonia Water Alliance (CWA).

The five man team completed the project adjacent to the Glasgow Road roundabout on the A736 road into Barrhead from Hurlet.

Provided by Scottish Water and CWA were seven large rocks with which the team created a feature and supplemented with silver birch trees, forest bark and grassed areas.

Colin Higgins, manager of Yes Works, said: 'Yes Works was only launched in February and we were given this project by East Renfrewshire Council's regeneration department and, with costs being very tight, we have endeavored to provide this piece of landscaping on a very tight budget.

'We were absolutely delighted that Scottish Water and CWA were able to provide us with the seven rocks that we needed and helped us further by delivering and installing them on-site. I would like to express Yes Works' sincere thanks to Scottish Water and CWA for the donation and their help. This was crucial to the success of our project, which we have just completed."

Yes Works workers Paul Brady, Chris Smith and Ryan McDonald, all from Barrhead, and John McFarlane, from Thornliebank, worked on the project along with Colin, and Stuart Hendrie, who was the consultant project manager.