Richard will deliver the Young Enterprise Scotland Programmes in the North East of Scotland, working closely with schools across Tayside & Grampian.

Richard brings a wealth of experience in business & trained to be a primary teacher.

Richard can be contacted on, Richard@elevatoruk.com

Welcome to the team, Richard! 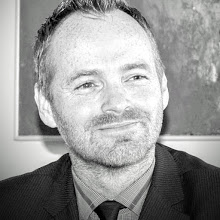