Every year we work with hundreds of primary school pupils to encourage them to reinvent products originally invented by home-grown Scottish inventors. This month we were lucky enough to hear about one in real life!

Robbie MacIsaac has invented the Flux, a game-changing product for bagpipers across the country by reducing the moisture retained within bagpipes.

Robbie has been playing the bagpipes himself for nine years and initially attended Falkirk High in Falkirk, but due to his piping he won a scholarship to Strathallan. Piping has taken Robbie across the world and given him incredible opportunities including closing T in the Park.

Until now, perhaps an unusual instrument of choice while his peers tend to pick up the guitar or the violin, Robbie tells us that his auntie played the pipes. This was what appealed to Robbie initially, however he reassures us that it's becoming much more common. 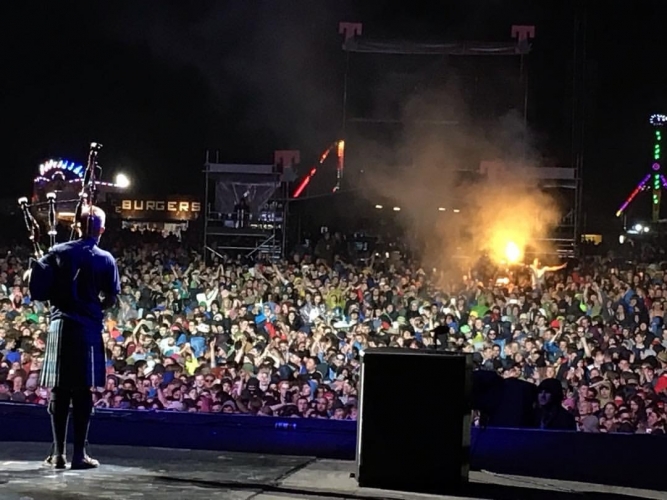 There are a lot more people getting involved in piping.

There has been quite a drive within schools so I think that's partly why - but I think more people are getting involved in the history of Scotland too.

Robbie's thinking is right as it turns out, with the Scottish Schools Pipes and Drums Trust (SSDPT) who as of 2017/18 had supported 2,550 young people through tuition and instrument loan across 190 schools. 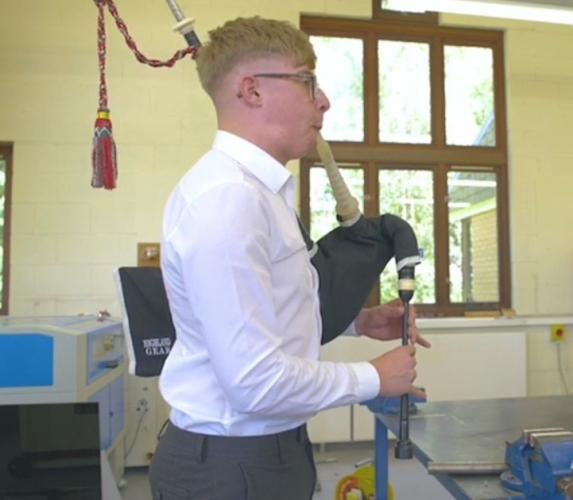 To be honest, my main motivators are to make money while doing something I enjoy and to get a well-designed product out there. The good thing about my invention is that unlike many other products on the market, it doesn't alter the sound or air flow.

How big of a problem is moisture in bagpipes we wondered.

It's a huge problem. For example, a single manufacturer might sell 2,000 sets each year and around 98% of players have issues with moisture in the pipes. It's an issue as it alters the sound of the pipes, leading to an unsteady tone and a degrading effect on the instrument itself.

The longer you can get without moisture building up the better, as you can play for longer and practice for longer.

It does cause downtime as you need to let the pipes adequately dry out to avoid cracking - as with other woodwind and brass instruments - It's not a unique problem.

Pipers Lung has been attributed to the moisture build-up in the pipes as bacteria can form from mould. So any moisture that can be eradicated is good. 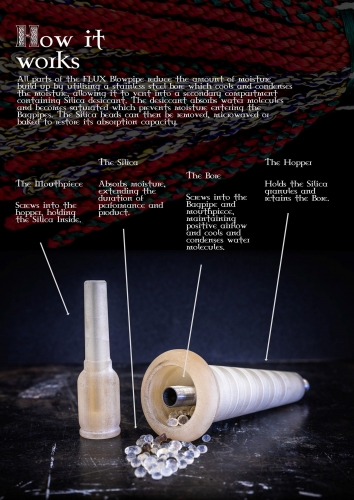 Robbie was just 14-years-old when he came up with the concept for the FLUX Blowpipe.

I've never really been one for drawing things out so I took a traditional blow pipe, took it apart and altered it. Once I knew what I was looking to do,I was able to 3D print it in school."

"I came across Andy at Angus 3D Solutions, he took my prototype and manufactured it on his industrial printer. I would send my files off to be printed, and they would come back in the best quality they can be.

Although I have my prototype, I still need to use different material to create an airtight product

The competition that Robbie had taken part in, MTA Challenge, is a national competition for under 18's. Robbie was in the oldest age bracket.

With around 600 applications he had the opportunity to travel to Worcester to present his idea in front of judges and be interviewed about his invention. He was encouraged to sign up by his teacher who had taken part in the competition in the past.

Through this he gained lots of publicity for Flux and exposure through the trip. Further helped by his schools Marketing Relations team, Robbie was put in touch with multiple media outlets where he was able to chat on the radio about Flux, named for the Greek word for 'Flow'. 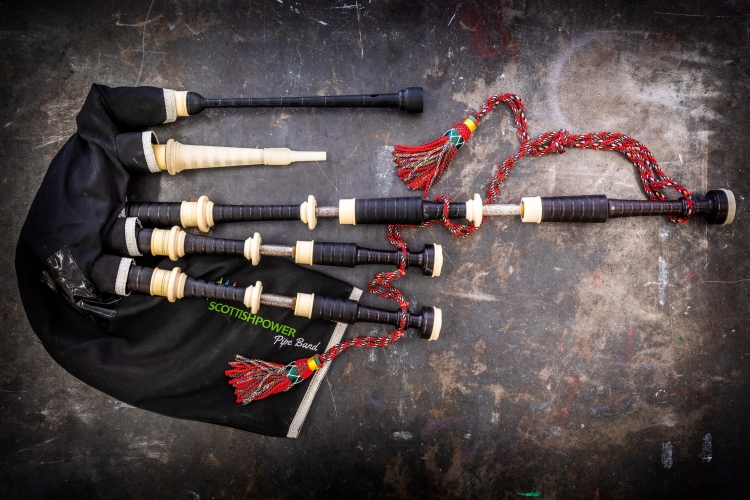 So far Robbie has had quotes from one manufacturer and thinks he'd be looking to sell Flux for around £100. It is created from four components and 3D printing in school was free, but took 18 hours in total so to print to a much higher quality wouldn't cost just money, but also time.

When asked about the future Robbie tells me how he wants to continue to invent.

Not just for bagpipes, I have loads of ideas!

He has applied to study Mechanical Engineering at Glasgow and Strathclyde University and has also hedged his bets by applying to study in Denmark.

If University doesn't turn out to be his route forward be has applied for a Degree Apprenticeship with Rolls Royce, this would involve placements down south which, while he is excited by the prospect, he think's he'd really like to stay in Scotland for a little while longer.