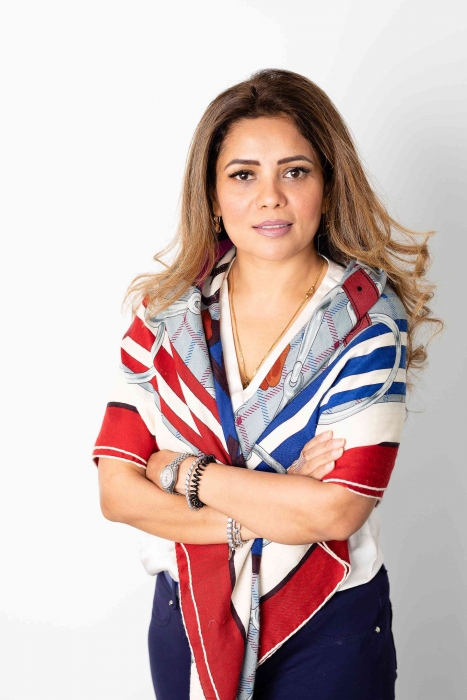 Poonam Gupta OBE is a leading UK entrepreneur and CEO of one of Scotland’s most successful export businesses. She established the global success story – PG Paper – from her kitchen table with £1000 in 2003. The company now has a turnover in excess of £56million, operates in over 60 countries , with offices in India, the US, China, Sweden and Turkey – and is still growing.

With a career-long interest in strengthening and enabling greater collaboration between Scotland and India; Poonam led a successful Scottish Chambers Task Force to India in 2019. She has been recognised as one of the ‘100 Most Influential in UK-India Relations’ by India Inc Group. Her entrepreneurial and business efforts have also been acknowledged by her peer group and the industry at large; for which she has received several business awards; most recently Ernst & Young’s ‘Entrepreneur of the Year’ in 2019. In recognition for her service to charity and business, she has been awarded the OBE in 2016.

Poonam is a benefactor of a number of local, national and international charities; with a particular focus on woman-centric issues, disadvantaged children, gender equality and animal conservation.