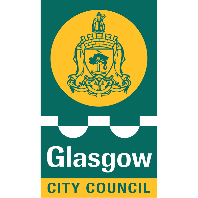 Glasgow City Council, the local government body of the city of Glasgow in Scotland, became one of the newly created single tier local authorities in 1996, under the Local Government etc. Act 1994, with boundaries somewhat different from those of the City of Glasgow district of the Strathclyde region: parts of the Cambuslang and Halfway and Rutherglen and Fernhill areas were transferred from the city area to the new South Lanarkshire council area.