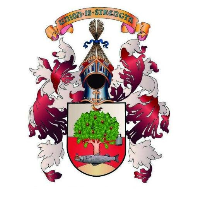 The Trades House of Glasgow was created at the time of reform of Glasgow's local government in 1605. At that time the electorate was basically divided into two groups, the Merchants and the Craftsmen. The Craft Incorporations or Guilds comprised the trades Rank of Burgesses under the leadership of the Deacon Convener, who was given a council. Today The Trades House still meets in the Trades Hall in Glassford Street, which, apart from the mediaeval cathedral, is the oldest building in Glasgow still used for its original purpose.